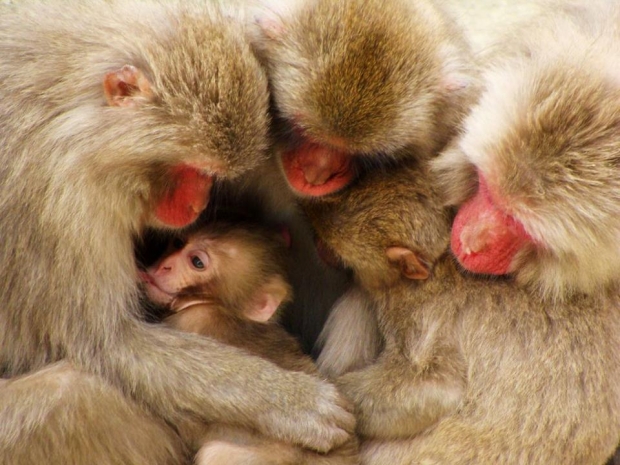 My landlord nodded to confirm my guess but said, “But this time is different.”

“Two women.” He then continued filling me in with more info on the ‘different case’ and managed to push me back to the community center I just had passed.

There were more people than a few minutes before. Many, including I, peered over the wooden wall—chest height—of the building because the inside had been full. Like in Papua, ‘case’ seems an attraction and entertainment. It breaks the unvaried atmosphere of rural life. The customary trial is like a soap opera on TV: furious arguments, tears, laughter, swear, and other emotional expression.

The front row seats were occupied by five senior men: the board of customary law. On the left was the defendant family; the defendant himself looked young, about 21 according to my landlord. On the right must be the women’s families; both of the ‘victims’ were young, around 17.

The trial was in Napu language, which I do not understand at all, but I could feel the atmosphere: entertaining. The argument exchange was often interrupted by the burst of laughter from the audiences, including the ones outside the building. Food and drink—including traditional alcohol—was abundant on the tables.

In the afternoon, my landlord summarized the trial. The defendant did not have to marry any of the pregnant girls based on the arguments that had he not been the father of the baby of the first girl due to the unmatched age of pregnancy and intercourse date, and he could not marry the second girl because legally she was still married, although in reality she did not live with her husband anymore. However, he was still punished for his ‘sexual adventure’: one cow to each woman. That is it. Three million rupiah ($300) for cows released him from any liability for the unborn babies. Worse for the girls, the cows were slaughtered after the trial and their meat was shared to the whole village!

In the next few months, two human babies will be born from the wombs of two teens, and these babies will have no father but a young mother who is still fully dependent on her parents. A human being, the top evolutionist, should be born from love; the case shows the babies are just the product of fun activity driven by hormones. And, the society, or the community, seems get used to this dehumanizing events. We are not much different from our evolutionary ancestors: our major acts, at least sexual ones, are often driven by chemical reaction—controlled by our gene?—in our brain.

Posted On 16th January 2017 ~ 0 Comments
“Thirty-one,” Meidy replied to my question on the balance of my bank account. “Thirty-one?” I was confused, either she might have not had heard my

Posted On 28th December 2012 ~ 0 Comments
Regarding the environment, Yogyakarta is not much different from other big cities in Java for its crowdedness, traffic jam, and pollutions. But, for its people,

Between Comfortable Life and Fufilling Life

Posted On 30th June 2013 ~ 0 Comments
“It is an unwise decision. You will have no job, no house, and no money,” my boss tried to be polite by replacing ‘stupid decision’