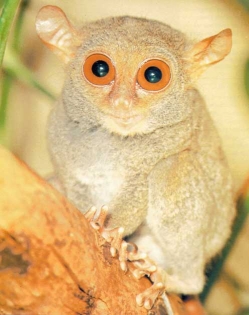 In the second to last week of the school year, Owen (grade 2B) and his mother Rebecca Husband came to the clinic. Parents, by themselves or with their children, visiting me was not unusual. They asked for consultation for not only their children, but for themselves, even for their guests and employees, as well. I charged them nothing even for treatment and medical procedure. However, this time Owen visited me for a very unusual reason.

Owen handed me something wrapped in a banana leaf. “For your foundation,” Rebecca said, “For months he has saved money.” It was a bundle of bank notes from 1,000 to 50,000 rupiah and some coins. I could not stop my tears dropped and hugged him. Owen is a quiet, shy, and sweet boy. He collected 675,000 rupiah; it is a lot of money for a 7-year old child. He had refrained from buying many snack foods and treats that he liked. And, much later on, I found out that Rebecca posted on our foundation in her personal blogsite.

Kaila (grade 2B), the Principal Andy Slavin’s daughter, celebrated her eighth birthday on April 21. In the party invitation, she had asked the guests to give money instead of presents because she wanted to donate the money to Dr. Ating foundation. Although the amount (570,000 rupiah) was not much, it was very admirable for an 8-year old child to give away all of her birthday present. Thank you, Kaila, very much.

Posted On 24th September 2012 ~ 0 Comments
Jerry Lloyd Jerry and I joined Green School at the same time three years ago. He and Lee Wood—already left—are the people I like most

Posted On 24th September 2012 ~ 0 Comments
[caption id="attachment_1489" align="aligncenter" width="504"] Women is more caring than men even they are very young. Young girl in Flores Island is helping her mother. Most