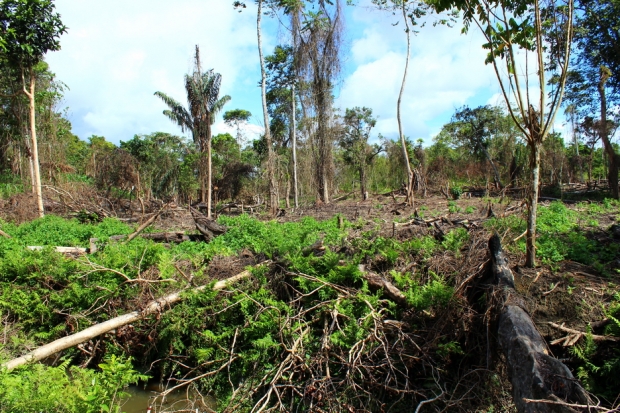 The new building, almost finished, would be the third largest building in Watutau; it has at least six rooms. I read the billboard in front of it: ‘The Office of Lore Lindu National Park’. Below is the budget: 650 million rupiah ($65,000). It is more than double of the fund I have raised for my project in the last two years. More depressing the situation is that the building will contribute nothing to the conservation of the Park because there is no Park staff lives in Watutau. It will be like the Park office in Wuasa, the center of Napu Valley, an expensive but useless building because the staff rarely comes to the office.

One of the most often quoted causes of the failure of national parks in developing countries is ‘the Governments lack of resources to manage the parks’, which is not fully true. The truth is the resources are ‘mismanaged’, to be politically correct. Finding this fact, should we stop help developing countries manage the parks? If we do not care about tropical rainforests and their wildlife, we should. But, shall we let them leave the Earth because of corrupt officials? The Governments are not the only parties we have to work with to save the Nature.

I revisited Rodo-rodo transmigration site. I had ordered a bed and desk from Imanudin, the transmigrant carpenter. Gladly, he had started to work on them. Then I went to the river behind the site. The remnant of the logs were scattered on both of its banks. In the previous visit, I had known it would happen, but still, staring at the jumble, I could not stop anger, frustration, and grief cloud my heart. The beauty had gone forever; there will no more bird be singing on the trees in the morning and afternoon.

It is hard not to be skeptic working on the conservation, the field work not the academic one. Writing bad news and gloomy prediction is counterproductive, deterring donors, according the conservation experts. For this reason, major conservation organizations have changed their strategy. In short, they tell their donors that their works have been fruitful and the chance of saving biodiversity is good. I cannot do the same strategy for the funding. It is a blatant lie. The truth is there is still a chance to save some of the wildlife and rainforest only if the funding used mainly for the fieldwork.

The Miracle from Malenge Island