The Miracle from Malenge Island 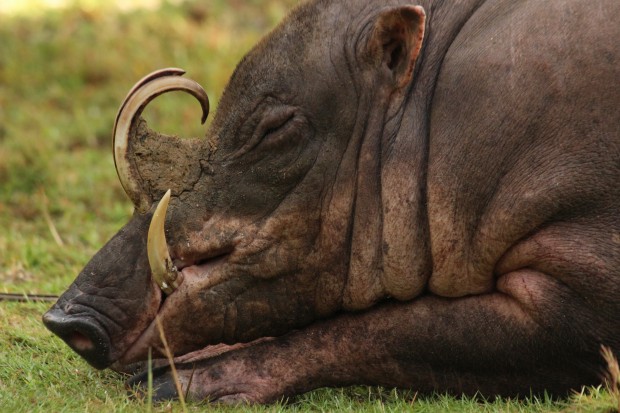 “I am just a weak human being,” I said. “If disturbed, I would react.” He looked at me thinking how to react to my threat.
Half an hour ago at home I heard piercing rumbling from the west. I am familiar with the sound; it’s heard in any place where the forest still remains. And yesterday I had heard it but done nothing.
Today, however, I decided to face them, no matter how great the risk was. The wonderful animals living in the forest are worthy to defend with my life, which is probably only a few years left. I prefer dying in the battle of defending the powerless than dying on a deathbed while lovely diverse species are murdered to extinction by my own species.
It had taken me for a year to have this courage; the lost of peaceful life with my wife on Malenge Island is very likely, the worst risk is following the fate of the forest dwellers: gone with the forest.
I put on my boots, fetched my machete, and told Meidy that I was going to see the illegal loggers. “Be careful. Don’t lose your temper,” she said. She knew that both of us had been very upset with the illegal loggers for a year.
The chainsaw roar came from the hill behind the Sandy Bay Resort, about 400 meters from our home. The manager of the resort was on the beach when I reached it and I asked him where the logging track was. He pointed at the side of the farthest bungalow.
On the water I saw a motor long boat parking. “That is their boat?”
“Yes, it is,” he confirmed.
“Why do you let them pass your beach?”
“What should I say?” His answer didn’t surprise me.
Last year a police officer investigated illegal coral-reef bombing and logging and came to ask the manager about them. He said he didn’t see and hear both. The truth was the bombs had exploded almost daily for about two weeks in front of his beach and the chainsaws had roared all day for four months behind his resort. And I also know that he had received no threat from either the bombers or loggers but, I suspect, he was afraid they would threaten him had he told the truth. Frustrating, but the person like him is common in our society: close your eyes toward the crimes around as long as they don’t do any harm to us or our belonging.
“OK,” the logger said. I know who he is: the former head of a Bajo Island, four kilometers east of our home. His house is the biggest on the island and he rents two rooms to tourists. And now he was the boss of around ten illegal loggers.
For the next following weeks Meidy and I were alert in the evening. The Machete was put in an easy place to grab. We have decided if they threaten us, we would go the police in Ampana and took refuge in Yogyakarta until safe to return.
No more roar of chainsaw was heard afterward, but for another month I still saw them passing by in their long boats in the morning and afternoon. However, miracle has happened. They have stopped destroying the home of our beloved friends for two months.

Posted On 14th March 2018 ~ 0 Comments
Forest Trail Because of my poor health after the eye operation in June 2017, I did not work on the forest trail for about two