Jerry Lloyd, the grade 1 teacher, is the first and most ardent supporter of our project. He invited me to present our project to his students. They asked a lot of questions. One of the questions was very startling. “Are you going to leave us?” Kyan asked. I was tongue-tied looking at Jerry for help.
“Unfortunately, yes. I cannot do the project in Sulawesi from Bali.” She started shedding tears; I saw some others did the same. Then Jerry came to help me with the awkward and touching situation. He explained why I would leave Green School.
During the break about an hour later, Charlotte Cohen, the first grader, passed me a 2,000 rupiah bank note—equals 25 cents—in the soccer field. “Doctor Ating, this is for your foundation. I found it at the gym,” she said. Again I was wordless. I could only say “thank you” and hug her. And, the next day Charlotte gave me 50,000 rupiah. I just could not believe it and, I think, could not forget her, especially her big beautiful eyes. She even donated another 40,000 rupiah when I visited her family during the summer break. 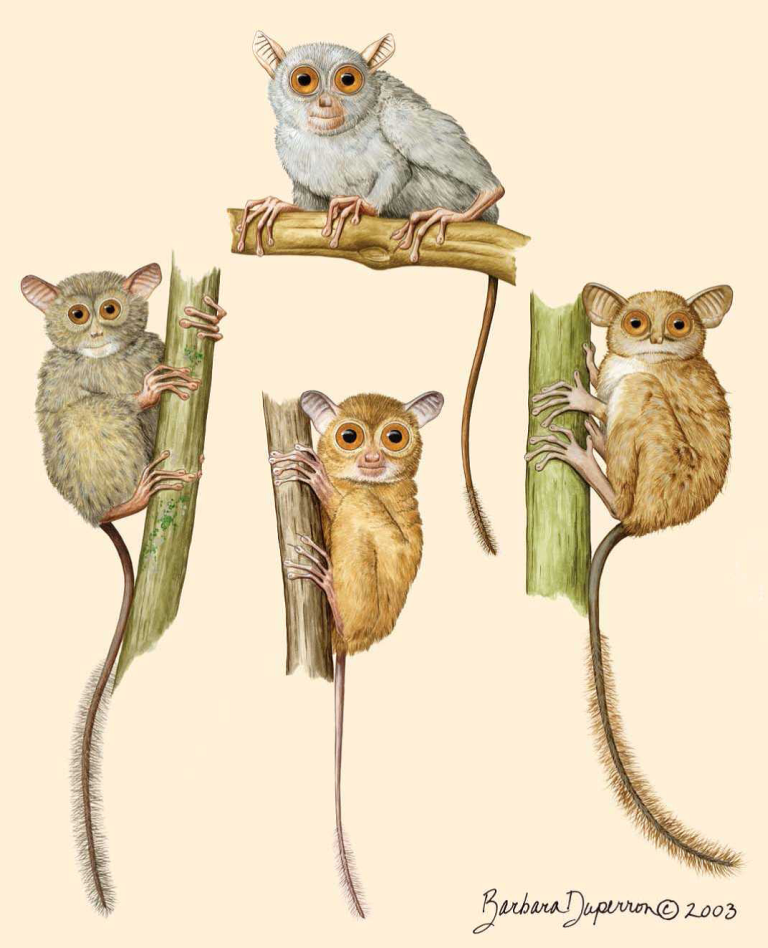 Bake Sale and Arcade for Tarsiers
I chose the tarsier as the flagship species because the cuteness of the tarsiers is very attractive to many people, especially children. It is one of the smallest primates in the world and only found in three regions: Borneo and south Sumatera, Sulawesi, and south Philippines. 7 out of 9 species are in Sulawesi and most of them are endangered.
To raise funds, grade 1 had bake sale, popcorn-palooza and T-shirt sale at snack and lunch three times. Some of them moved around with a small bamboo or re-used box soliciting anybody. When they saw me, they always said “Look, look, Doctor Ating,” showing the content of the containers proudly. And they mentioned the names of the people who gave them 50,000 rupiah bank notes. But, I also saw many 100 rupiah coins, which is not enough even for buying a candy. I had been wondering who the givers were.
Grade 2B students had a bake sale and solicited too; Sara, the teacher, motivated them to do so. Later with grade 2A, they had an arcade to raise funds. Matt, the Green Studies teacher, was the motivator.

Posted On 24th September 2012 ~ 0 Comments
On the last day of the school year, the Principal announced the staff who will not return in the following year. This year I was