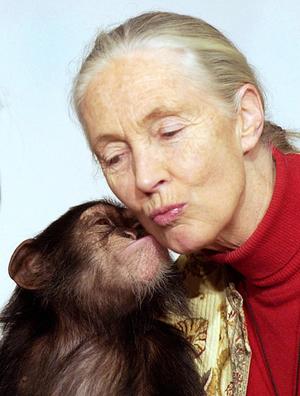 Among hundreds of people we sent emails to, it was only Alicia Kennedy from the Jane Goodall Institute who responded very well. She is interested in helping us both personally and through the JGI, specifically the Roots & Shoots program.
The R&S program is suited well for children and young people. She offered this program to Green School and has been accepted. Both Alicia and some Green School staff have worked on it since the school started in August 2012.
Alicia will come to Green School on November 22, 2012. It will be a milestone for both JGI and Green School. Indonesia, one of the countries with the greatest number of primate species, has just joined JGI, one of the persistent defenders of our closest evolutionary fellows: the primates.

Posted On 24th September 2012 ~ 0 Comments
Jerry Lloyd, the grade 1 teacher, is the first and most ardent supporter of our project. He invited me to present our project to his