How much does the price of one life in Indonesia? 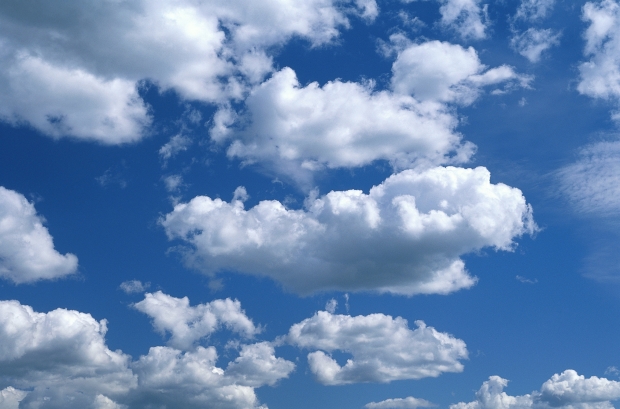 “Bip, bip, bip,” my beeper was beeping. 2:20. They had no mercy on me. I had just come back from the hospital an hour ago; a false call again, but I had to take care of the patient anyway because the on-call doctor did not respond to the intercom call from the nurse.

Half-awake, I grabbed my tackle boxes. I didn’t bother changing my clothes—the hospital people got used to my T-shirt, shorts, and flip-flops. The road was dark because most of the lights were broken, but I remembered well every hole and ditch on it. The hospital was up the hill, five minutes only on foot.

“VK called, Doctor,” the ER nurse told me. What did they want? VK was delivery room, Dutch acronym. They had known I would not enroll any pregnant woman into the study. Nevertheless, I still went there.

“The on-call doctor asked us to call you, Doctor,” said Nur, one of the midwives on-call. I knew most of the ob-gyn midwives because they lived in the dorm across my lab.

“Where is the patient?” Nur led me to a room. Inside, another midwife was busy running around; two other persons were sitting on the one side of the bed, holding the patient’s arm and leg. She lay still on her back, eyes closed; the hospital white cloth covered the rest of her body. Looking at her protuberant belly, I estimated she was in late pregnancy. I crosschecked my estimation with her medical chart: 37 weeks, first pregnancy, 24 years old, and 3-day high fever. Her name was Dwiyantari, a Javanese.

I went over the patient. Deep coma; grunting respiratory and crackle sound on basal region of right lung; pitting edema on lower limbs, but not so gross; and moderate fever; other systems were within normal limit. I removed her pillow and inserted a folding sheet under her neck to prevent her tongue blocking her upper respiratory tract. The fetus’s heartbeat was positive but above normal frequency.

Pneumonia explained the fever, but not the coma. Coma in late pregnancy with fever has many differential diagnoses. The worst ones are encephalitis—brain infection—spread from her lung infection, and, in Papua, cerebral malaria. No history of convulsion and of high blood pressure excluded eclampsia—a dangerous complication of pregnancy.

“How long has she been unconscious?” I asked her family.

“About two hours. She was still able to speak on arrival,” Dina, the other midwife, answered.

“How long has she been sick at home?” Dina looked at the family; it was not recorded on the chart.

“She has been sick since last week and in the last two days she could not eat. She threw up almost any food she tried, even the water,” one of the women answered. Hmm, hmm . . . that might explain the coma.

I opened both of my tackle boxes; laid my tools on the bed; and pricked her right middle finger: the first two blood drops for malaria smear, the third for the glucometer. The machine failed to read but I could tell from the color of the indicator strip that her blood sugar level must have been very low, less than 20 mg per dL–normal 100.

I injected 50 cc of glucose 25% solution slowly via the intravenous line and waited for a few minutes before measuring her blood glucose level again. 23 on the glucometer display. I added another 50 cc of glucose 40% into her vein. It kicked up to 35; another vial raised it to 46. Her eyelids started to twitch weakly, the eyeballs moved horizontally quickly behind them; I pressed her breastbone and she groaned. Good, the basic reflexes were returning.

“Do you have D10 infusion?” I asked the midwives for dextrose 10% solution.

“No, we don’t have it.” I was not surprised with the answer. There was no glucometer in the whole building of the hospital, the highest referral hospital in Papua. There was no high concentration glucose solution to treat hypoglycemia—one of cardinal signs of severe malaria—while more than 50% of the patients had malaria-related medical problems.

I rushed to my lab, picked up more glucose 25%, grabbed 5 bottles of 500 cc of dextrose 10% IV solution, and returned to the hospital. Her blood glucose level had dropped to 30. I injected two vials of glucose 25%. Every 15 minute I checked her blood glucose level; it was crazily up and down in the first hour. D10 solution maintained her glucose level above 50. I asked the midwives to monitor the glucose level—I taught them how to use my glucometer and left it in the VK—and to administer glucose 25%, if needed, and adjust the flow rate of D10 as necessary. The critical stage had passed; I had to check her malaria smear.

The lab process was about one hour. Her blood smear was positive for malaria tropica. But her CBC (complete blood count) indicated a bacterial infection. A complicated malaria case with pregnancy. The treatment is complicated too because quinine, the best available malaria medicine, is teratogenic; it might cause congenital defects to the fetus. However, not treating her malaria was out the question; the mother would not survive.

Returning in VK, I checked her glucose level: 40. The midwives seemed not so keen to carry out my instruction. I went to the ICU and asked the nurses to call their doctor at home—it was past 5 o’clock already, three hours seemed fast. I knew Dr. Anton Wiyono, the doctor in charge of the ICU. He graduated from a medical school in Belgium and specialized in anesthesia. I explained everything about the patient; he agreed to accept the patient in the ICU, albeit it was the responsibility of the on-call doctor’s and obstetrician’s.

Anton inserted the patient with a central line—he was the only doctor who could do it—so we could monitor her central venous pressure. By this way, we could avoid pulmonary edema, the flooded lungs from excessive fluid treatment. With a better care, the patient slowly recovered. She started with eye opening, limbs moving, and position changing. Everybody was happy . . . for a while.

As soon as she opened her eyes, we talked to her. She stared at us but no sound came out of her mouth. I asked the family and nurses to let her rest for a few hours before trying another communication attempt; confusion is normal on awaking from unconsciousness. However, the second attempt was not encouraging. She looked at us, obviously, she knew we were talking to her by seeing our lips movement, but still she produced no sound. I do not know, it was her perception that failed—she did not understand our words—or her speech ability that gone. On the third attempt, something strange happened: her eyes were filled with tears but no cry.

Prolonged hypoglycemia seemed have damaged Dwi’s brain centers selectively. We consulted her to Dr. Haryadi, the neurologist. Another five days passed but she had no significant neurological improvement. Haryadi suggested her family to take her to a hospital in Semarang, Central Java, for physical therapy. They agreed.

A few months later, a family member of Dwi’s informed me that Dwi had delivered a healthy boy. I was glad because it was my decision to treat her with quinine; if the boy had had a congenital defect, I would have trouble to get rid of guilt from my conscience. Though not perfectly, she was able to communicate with the people. Our powerful brain is very complex and delicate; once injured, it will never fully be back normal.

Preventable diseases are context-dependence, depending where you live and how much money you have. In the developing countries, especially among their poorest population, these diseases often end in premature deaths or permanent disabilities. However, as shown in the above case, the sad ending is not always caused merely by the lack of material resources: 5 vials of glucose 25% and 5 bottles of glucose 10% are only $5, one glucometer (usable 300 times or more) is only 30$– I am sure the hospital can afford it. This depressing outcomes are more determined by the lack of compassion from the health service providers.

Posted On 7th May 2013 ~ 0 Comments
SOS “How come?” the desperate voice came from the communication radio in the AMA (Associated Mission Aviation) office of Sentani, Papua. “They said there were