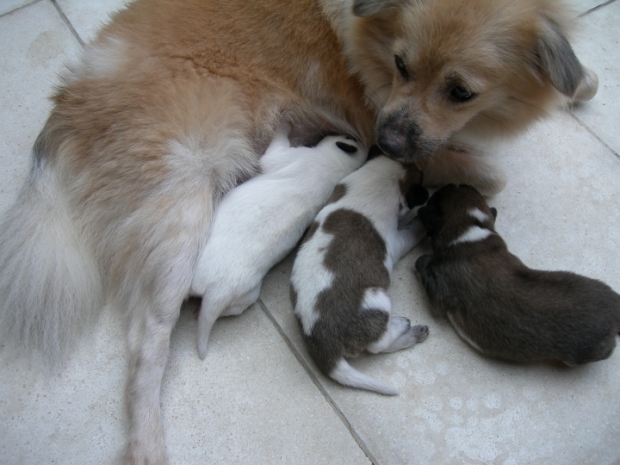 “He has pneumonia.” The man was still about 15 meter from us.
“How could you know, Pater?” I said.
“Check him!” When he arrived, I grabbed a stethoscope and listened to his respiratory sound. Father Ton van der Wouw, my boss, had been right. The man’s lungs were noisy with abnormal sounds. After a few months in Asmat, I was as good as van der Wouw with tele-diagnosis. The Asmats cut their own skin with seashell to overcome the pain; if they have headache, they would abrade their forehead until it was wet with blood; for pneumonia, they would strap their bleeding chest with fiber string tightly: that was the clue of Pater’s diagnosis.
Tele-diagnostic is a common practice among physicians, at least in Indonesia. Without taking history of illness and doing physical examination, they make a diagnosis. I did too, but only in Papua, for two reasons: there was no reliable interpreter and there were more than 50 patients in the queue—above 75% of them had malaria.
I flicked through the boy’s medical record on my desk and looked at his mother across. “Ibu, you saw Doctor Asrul yesterday,” She nodded. “Have you given him the medicine?”
“Yes,” she answered, “but he is not better.”
“Medicine takes time to work,” I said.
She looked at the nurse who was standing behind me. Another minute passed before she said, “Doctor Asrul did not even touch my son.” Bingo! That was the reason, a logical and justified one, of her return. Logical: no examination, no diagnosis; justified: her husband paid the medical service through his medical allowance, the boy deserved a good service. I spent for about 15 minutes to do the standard medical procedure on him; his mother looked satisfied on leaving my office. The medicines I gave him was not much different from the ones he received from my colleague. Our diagnoses are the same too.
Even if we are sure with the diagnosis before taking history and doing examination, we have to do them for ethical reason and psychological effect to the patients. When I was in Jayapura, Papua, people praised the medicines given by some colleagues of mine. I knew their medicines were just ordinary. The trust from their patients seemed made their medicines worked better.

Posted On 17th August 2013 ~ 0 Comments
"You are on-call. The nurse, by phone, has reported a patient with the following information: . . . What will you tell her?" the professor