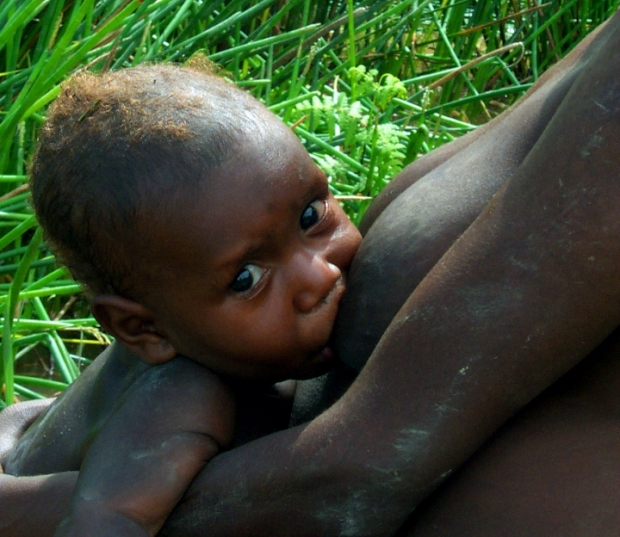 When I was forced by my conscience to adopt her in 1991, I was not sure what would happen to Upik. But I was optimistic that she would have a bright future when I let her adopted by the principal of a junior high school in Wamena, the capital of the Central Highland Regency. The optimism was still on when I saw her three years later in Wamena, but it was off when her adopted mother was fired due to the corruption in 1996. Check the complete story of  “Devil Child”

“Dr. Ating?” The question came from an ojek (public motorbike) rider in Sentani.

“Ari. The child of Ibu (mother) Rummy.” The name rang a bell but I did not remember who Rummy was. However, strangely, I remembered that Rummy was a big lady.

“How is she?” He looked at me for a while before saying that Rummy had died in 2001.

I only remembered who Rummy was when I had left him. Aris’s memory was very impressive. Our last meeting was twenty years ago in Wamena; he was about six years old; and I had no glasses then. Luckily, about one hour later, he called me through my phone number that I had asked another rider to pass him.

There was a long pause before he answered. “Doctor, that was I wanted to tell you when we met.” He paused again.

“Where is she?” Another long pause.

“She died.” This time it was I who paused. Unbelievable.

“Sick of malaria.” That was the reason I adopted her. I tried to save her from the deadly malaria in the swampy area of Asmat. Unfortunately, the malaria still chased her and killed her; she was born in October 1991 and died in October 2011.

Upik just studied at a little academy in Surabaya, East Java, for about four months when she was sick with high fever. The doctor (?) in one apotik (pharmacist’s) gave her medicine for typhoid fever. Malaria is unknown in Java while typhoid fever is common; almost all doctors have no experience to diagnose and treat malaria. But, he or she should have not missed it if he or she had taken a thorough history of illness, especially travel history. However, the poverty also contributed to the cause of this premature death. Her adopted father did not take her to any hospital when Upik was not getting better because he had no money for hospitalization.

I did not sleep well last night. The memory from twenty two years ago came into my mind. It was like a movie: my pulling her out of her mother’s womb; her crying in the open boat on the Arafura Sea; and my anxiety in the crowd at the airport of Wamena. Was adopting her a right decision? Probably not, if her twin sister survives in the tropical lowland rainforest of Asmat.