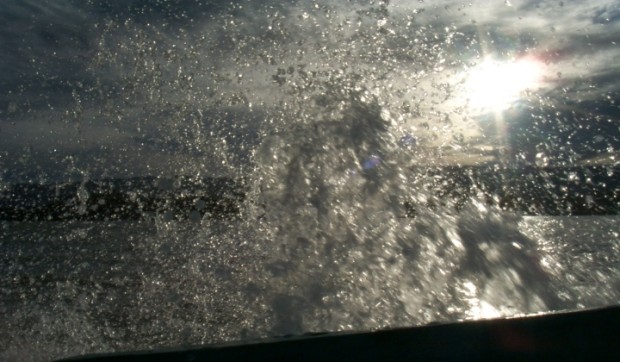 “Do you have any question?” Doctor Golding asked me. I was not ready for that question. I had prepared the answers to the questions ‘How do you handle a patient with cardiorespiratory arrest?’, ‘ . . . head trauma?’, ‘. . . open fracture?’, etc. The position I was applying is an on-site doctor of the Asia Emergency Assistance (AEA now SOS International). Golding, the company medical manager, had never asked those kinds of questions. He had just described what the company did and where it worked.

I had just finished doing the GRE (Graduate Record Examination) and TOEFL (Test of English as a Foreign Language) tests in Jakarta. I was not sure if I had done them well; I had been away from the academic world for the last four years; and the GRE was very difficult to me; some questions were American-specific. Let it be.

In Jakarta, I stayed in one of the Ursulin Sister’s convent; I liked it better than staying with any of my families. The senior nuns spoilt me with attention and food. One afternoon in the reading room, I read an advertisement ‘look for on-site doctors’ in the Kompas daily. I had no job and the admission result was still about three months to go. I sent my application letter and CV.

I had no question for Golding. “Can you start to work tomorrow?” Another question I was not ready for. “Bond and Narain have given recommendation on you.” That explained the absence of interview question from him, and it brought me to the sphere of job application: reference could do a magic. Chief Bond (without James 007) was a retired NAMRU officer and Narain, a pediatrician, was a part time NAMRU’s consultant; both of them were the company’s senior staff.

My first assignment was in East Borneo. KPC (Kaltim Prima Coal) is the largest coalmine in Indonesia and AEA managed its health service system. From Balikpapan, the capital of East Kalimantan Province), I flew with a company’s plane. The plane flew over the rainforest of Borneo. It was beautiful but not as much as the one in Papua. The bald areas along the rivers—water was brown from eroding mud of their banks—were depressing. I could see the bundles of floating logs on the rivers.

The plane landed on Tanjung Bara airstrip, the company’s. An AEA staff took me to the apartment complex, a 5-minute drive. The wooden building was cozy. I was astounded to see my room; it was fully furnished with modern lavishness: air conditioner, big screen TV set, full refrigerator, thick and comfortable mattress and sofa, and hot water in the bathroom with bathtub. The staff showed me how to operate the television cable. I loved the international programs I had never watched before: CNN, BBC, and HBO.

After lunch, I was introduced to Dr. Lowry. He was the big boss of AEA in KPC site. I had trouble, initially, to understand his Australian English; a small and a friendly man, Lowry was admired for his medical competence, which was alcohol-proof.
Lowry was a heavy drinker, everybody knew about it. They also knew he lived with an Indonesian mistress in his apartment and had a wife and some children in Australia. As many experts did the same thing, this adultery practice was not a hot gossip topic anymore in the company circle.

Ko An, one of the clinic staff, told me about his experience assisting Lowry. One afternoon an accident patient was brought to the Tanjung Bara clinic. The clinic staff called Lowry’s beeper. After five minute of no response, one of the staff went to the company’s pub and dragged Lowry back. Lowry examined the patient and decided that the patient needed a few stiches. He asked the paramedic to prepare the equipment and material on a tray.

“Could you read me the label, please?” Lowry thrust a medicine vial to Ko An’s face. He read it and Lowry injected that local anesthetic around the wound. The suture was well done. He was an amazing doctor: unable to read vial label but able to stitch wound perfectly.

Posted On 14th October 2013 ~ 0 Comments
“Police!” Jack slowed the car down. I saw the police car after we passed the bend about two minutes later. Jack’s radar was not on