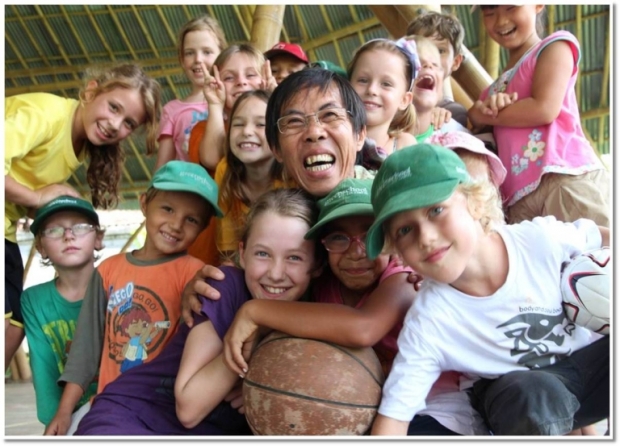 On the last day of the school year, the Principal announced the staff who will not return in the following year. This year I was one of them. Ben Macrory, the communication officer, announced it as the last event in the assembly. He had guessed the event would be poignant.
Before I rose from my seat, my eyes had been full of tears. Ben called me forward, but it took me for about five minutes to step about 10 meters. About 15 to 20 children clang on me; I could not move forward and struggled to stand erect. I gave a short speech and received some presents from the staff and some parents.
Later Meidy told me that I received a standing ovation. Most of the audiences, about 300 people, cried. I did not notice this touching scene because I was so busy to free myself from the clung children. Some people told me that I would be missed much by many. I will miss them much too.

Posted On 31st December 2012 ~ 0 Comments
I had only one experience on fundraising before our foundation was formed. I helped a daughter of a widow with her post-high school education, the

Posted On 31st December 2012 ~ 0 Comments
If you read my previous posting “Pessimism and Hope”, you can feel my gloomy tone, illustrated by the photo of the moss forest in Papua.