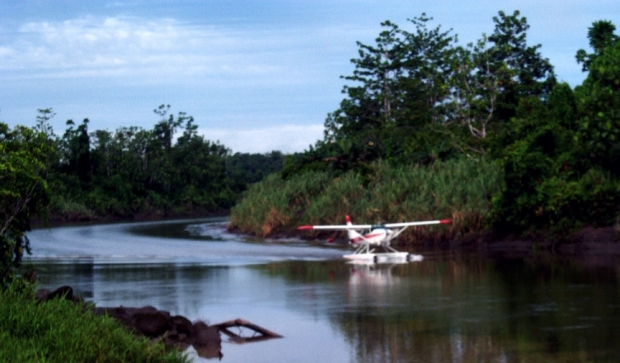 The vehicle accidents in KPC were mostly caused by either sleepiness from long working hours—mining operation was 24 hours—or alcoholic drinks. The victims from the latter cause were almost all ‘bule’ (Indonesian name for white people), the expatriates; and it was the case of the rolling car tonight.

The car was badly damaged but amazingly the passengers survived. All four passengers, Australians, suffered from bruises and lacerations, but one of them had broken bone on his right thigh. “We will medevac him to Singapore tomorrow morning,” Doctor Lowry said. It was a standard protocol that all white patients had to be examined and treated by white doctors. In case they needed to be evacuated, either Singapore or Australia was the destination. All white staff is covered by health insurance.

“Would you mind doing it, Doctor Ating?” Lowry was always polite, but this request made me stare at him for a while. It was an exciting opportunity; I had never gone abroad. But it was also a challenge because the patient was a white man—if something bad happened to him on the way to Singapore, Lowry and AEA—not only me— might get trouble from KPC. A death of a white man was always a big issue in the community, entailing a deep investigation from many parties.

“With pleasure, Doctor Lowry,” I answered with the same politeness.

“Do you have a passport?”

“I do.” I had it for studying abroad two months before. It was still clean.
Jack Daniels, not the patient’s real name, was transported from the Sangatta Hospital to the airstrip of Tanjung Bara early next morning. “Doctor Lowry has never asked an Indonesian doctor to medevac abroad,” Ko An the paramedic told me while we were lifting the patient onto the ambulance. I felt grateful for Lowry’s trust in me; he had worked with many Indonesian doctors for the last three years. Three-week observation was too short to evaluate someone’s medical skill. I believe my confidence in repositioning some joint dislocations and broken bones—the skill I had gained in the interior of Papua through looking at the pictures in the books while doing it—by myself had convinced him that I could manage the medevac.

Jack was fully conscious during the flight to Balikpapan. He complained about the pain on his broken bone. I injected a vial of painkiller. At the Balikpapan airport, Remy, the AEA office manager met us in the airplane. She took our passports to the Customs, and my first passport got its first stamp.

We moved Jack to a small jet airplane. The interior was so neat and clean; it was designed for VVIPs and medevac. I strapped Jack to a special bed: oxygen tank—together with resuscitation equipment—underneath, infusion hanger by the bed, and emergency medicine on a tray. It was so contrast with my medevac in Papua: single engine Cessna (very noisy engine); patient strapped on the floor with cargo ropes; and no oxygen tank, infusion hanger, and emergency medicine tray.

There were only a pilot, copilot, and cabin crew. I asked the cabin crew how much KPC would pay the airline for the medevac. “About 30,000 dollar,” he said. Wouw! That was enough for my one-year study at Yale. Too much drinking alcohol cost the company so dearly.

Jack was restless an hour after taking off. I injected him a vial of Valium; that dozed him for two hours. He was fully alert when we landed at Changi Airport, Singapore. Again, a ground staff of AEA picked our passports; we stayed in the ambulance until the Customs put a second stamp on my passport.

I sat by the stretcher during the trip to Mt. Elizabeth Hospital. Unfortunately, I could not see what Singapore looked like because the glass windows were not transparent.
“Ouch!” Jack screamed. The ambulance wheels hit the bump for slowing vehicle.

“Sorry,” the driver—a Sikh, I think, because he put on a turban—looked back at us, “only one bump.” I smiled at him; not a bit deal for me and that might be good for Jack, reminding him for not drinking too much in the future. He did not slow down the car and it hit another bump. Jack screamed again, louder, but this time no ‘sorry’ from the driver.

The staff of emergency room had stood by at the lobby when we reached the Hospital. They transferred Jack to the ER within less than five minutes and it only took another ten minutes to finish the transfer procedure to the Hospital doctor. Singapore hospitals are very efficient. I wished they had been like Indonesian hospitals, taking for hours to have the doctors to start examining new patients, because I wanted to stay overnight in Singapore.

My first trip abroad left no striking memory. Within two hours, I was back in the airplane; I felt like a millionaire because I was the only passenger of the jet. I just slept on the comfortable bed all the way to Balikpapan because nothing I could see through the darkness outside. But at least the mission was accomplished well.

Posted On 23rd July 2013 ~ 0 Comments
“I am sorry that only one person has applied for the position you advertise,” the personnel staff of the US Embassy in Jakarta told Gary