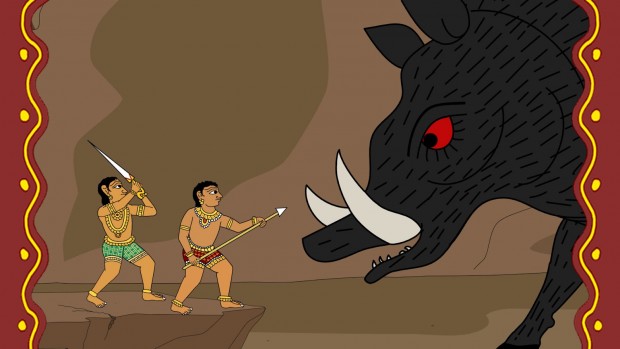 I sent him to Wamena, the center of Highland, for fixing his broken jaw a week ago. Dr. Vrinjs, a senior Dutch doctor, had fixed the bone so that he could eat with some support. But he was back now; too early, his bone operation wound still needed thorough care. If it returned to the pre-operative condition, he would die from not being able to eat. And indeed, he died a few weeks later.

The patient had never left Asmat area in his whole life. In Asmat, the weather was hot all day and his stilt house very hot from many fireplaces. In the Wamena hospital, his ward was cold during the day and freezing during the evening. The highlanders used to this cold air. He knew nobody and he did not understand the language of the highlanders. It was too much for him and he begged for going home. No place like home.

If the broken bone was not too complicated, I handled it by myself. Guided by textbooks, I repositioned the bones under painkillers. Trial and error was unavoidable, but the experience was valuable for future career. The most challenging was the unavailability of the equipment of post-reposition. I needed a traction wheel to prevent the bones sliding back to the wrong position.

There was no wheel in the hospital. I checked the convent and was glad to find a broken sewing machine inside its storage. I fixed its wheel to the patient bed. Now I needed something heavy. There was not much metal in Bayun. I asked Sister Albertina to sew a cloth bag; I filled it with sand from the beach; and tied by a rope to the limb of the patient. It worked.

The worst broken bone case was a man bitten by a boar. This type of case was frequent then. The Asmat hunted the boar—the largest wild animal in Papua—with a wooden spear. Its tip was covered by a metal plate, but the shaft was not well made. It was not heavy and steady enough for killing a big game like boar.

People hunted in group, usually with some dogs. They cornered the boar so that it finally would run towards someone. This man should wait until the boar was less than two meters in front of him before throwing the spear to the chest of the boar. He only had two seconds to side away from the tusks of charging boar if he missed his shot. And my patient had missed it. The tusks did not stab him because he blocked the boar by his arms, but one of these arms was captured in the mouth of the boar. The boar crushed the arm into pieces bones and meat causing profuse bleeding. He survived from the boar charge, but not from the severe infection complicating the bite wound.

Posted On 5th June 2013 ~ 0 Comments
Flowing river is the best view on reflecting upon our life. I sat by the mouth of Kronkel River at the end of afternoon jogging