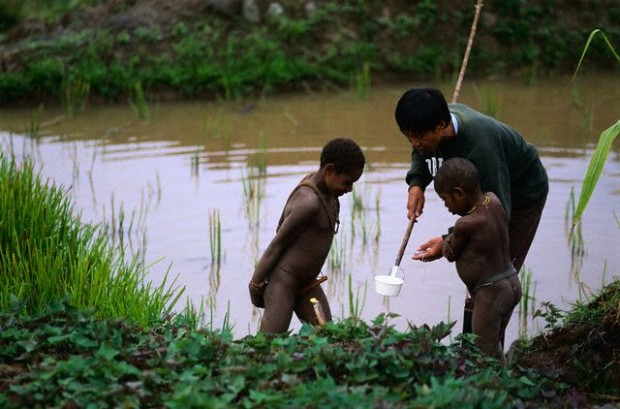 “Are you happy with it?” Captain asked me. I was not happy with one word on his reference letter. I had brooded over asking for a reference from him for weeks. I absolutely needed it because all the schools I applied to required the referrers to send the reference letters directly to them.

Ronald Anthony, the senior scientist with whom I stayed with if I came to Jakarta, informed me that Captain had forbidden him to put me up for the reason the house lease was paid by NAMRU. The ‘little bang’ of my resignation had hurt him very much; it was a month ago. To most Indonesians—maybe Asians—time, especially a short one, does not change hurt feeling much. The most likely they just pretend not to see us for the rest of our life, or their life.

I consulted Ron and Joan, his wife, at their house in Jakarta—they just ignored the order from Captain—on this issue. “Ask for it! He does not seem very upset with you anymore,” Ron said. He was right. Captain even showed me the letter before sending it to the schools.

I knew where the word had come from: my disobedience. He translated it into ‘stubborn’ on the letter, a negative letter in the society. I mused over asking him to change the word to ‘determined’, but could not manage it. “Yes,” I finally said, “Thank you.” Let the reviewers judge the word.

Asking for a reference—especially the one that is sent directly by email to the requester—from former employers could jeopardize the chance of our job or school application. My German employer wrote ‘ambitious’ on his reference letter for me. It came from my blitzkrieg restructuring his weak team that resulted in my promotion from “Junior Program Coordinator” to “Deputy Team Leader” within four months. This word is also negative in general, but some companies might favor it. Therefore, I could be selective in sending it.

The most flattering words on my reference were written by Ron Anthony. We spent time together for years: at the field in the Central Highland, at the lab in Jayapura, and at his house in Jakarta. ‘The most honest person I have ever met’ came from my refusal to join the medical malpractice and corruption done by my colleagues.

My anxiety on ‘stubborn’ seemed pointless. The public health schools of Johns Hopkins, Yale, UNC Chapel Hill, and Tulane accepted my application—Harvard had called my friend to ask about a transcript from the Agriculture Institute in Bogor, which I attended two months only. Thanks, Captain, for the ‘stubborn’ letter.

Posted On 23rd July 2013 ~ 0 Comments
“I am sorry that only one person has applied for the position you advertise,” the personnel staff of the US Embassy in Jakarta told Gary