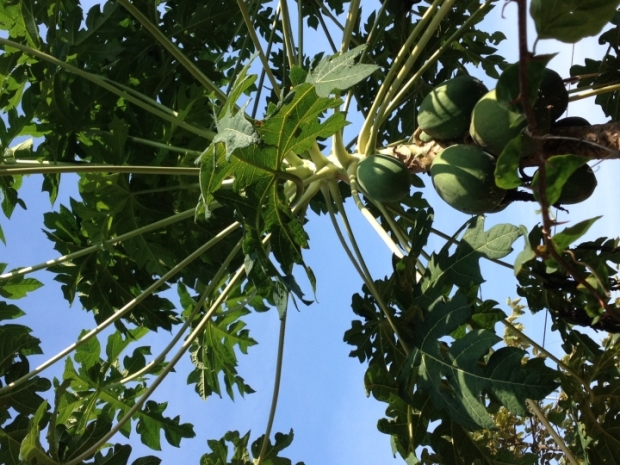 In addition to loneliness, malaria was the most difficult thing to live with. The plasmodia invaded my blood in the second month of my arrival in Pari. Having fever, chill, headache, muscle ache, nausea, vomiting, and general weakness for more than a week was tormenting. Not being able to eat, sleep, walk, and, especially, read before bed was a hell. Even a sip of water would induce vomit; for this reason, I could not take most of painkiller drugs, which irritating to my stomach. Dizziness did not only attack when I was walking, but lying down as well–reading made it worse; and I saw the ceiling was moving.

We had four medicines for malaria: chloroquine, lariam, quinine, and primaquine. Chloroquine did not work for straight hair like me—drug resistance and no immunity. Lariam might cause psychotic reaction; I did not have that side effect, but it caused a problem to my eyes permanently. Primaquine is only getting rid of the plasmodia hiding in the liver. Thus, I was left with the quinine, a classic antimalarial medicine from the bark of cinchona tree.

Quinine worked well but I needed it for 10 days, at least. On the third day, I got tinnitus, ear ringing, and was half deaf. The symptoms disappeared after a week, but the weakness continued another week. At the end of the second week, my body weight was only 50 kilograms, down 5 kg–good for people on strict diet program. I must have looked like a skeleton.

I was grateful to the Sisters during the sicknesses—malaria knocked me out every two month. They made soup—the only food I could tolerate to swallow in the acute period—for me and accompanied me in the evenings by playing card. I did not think I could survive in Bayun without them. Anytime I got malaria, I wanted to quit. It was a miracle I survived ten attacks.

There was no way to avoid malaria in Bayun. Thousands of mosquitoes patrolled night and day. Only when there was no rain for three weeks, they vanished. But this condition created a big problem: we only used clean water for drinking and cooking. For bathing, we used the brackish water from the swamp. And, I had to prepare for diarrhea outbreaks in the villages. The pathogens concentration increased in the swamp water the people drank.

The ideal prophylactic drug for malaria was not available. There was no point to take any of them for long term because of their toxic effect to our body systems. But people said papaya leaf was good for it. I think they assume anything very bitter will kill plasmodia—quinine is very bitter. As I had no good choice, I tried it.

We had many papaya trees in Bayun. On my request, the Sisters provided me a glass of juice from papaya leaves every day. It was supposed not to be mixed with anything, but I added sugar to make it swallow-able. However, drinking it was still quite an effort; if I vomited it, I asked for another glass. I stopped this self-torturing when I was knocked down again by malaria.

Western and Eastern medicines should be complementary. Not all West medicine has bad side effects that justify its total abandonment and not all Eastern medicine is mythical that make it worthless to review. The good example of the application of this principle is the artemisine; isolated from the plant Artemisia annua, sweet wormwood, a herb employed in Chinese traditional medicine, artemisine is the best current medicine for malaria. Having been empirically tested through vigorous Western scientific method, WHO has recommended it as the standard treatment for malaria tropical, especially that resistant to other anti-malarial medicine.

Teaching in the Interior

Posted On 30th April 2013 ~ 0 Comments
I always went to convents or health centers in the places where there was no hotel or inn and I knew nobody. As no nuns