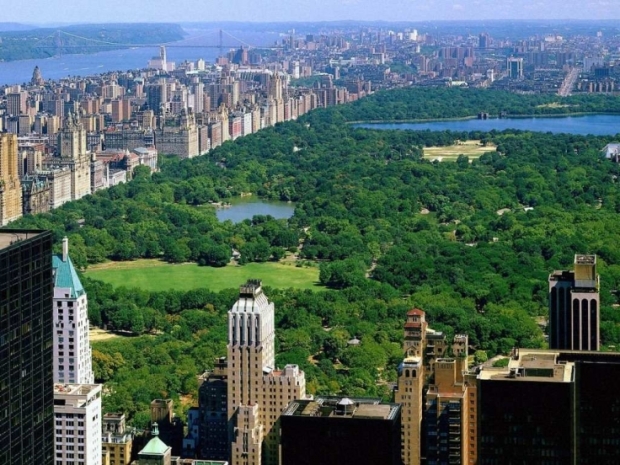 “Police!” Jack slowed the car down. I saw the police car after we passed the bend about two minutes later. Jack’s radar was not on the front dashboard anymore.
Speed limit did not exist in Indonesia, which I think it should have, because Indonesians drive much crazier than Americans and the roads in Indonesia were narrower and full of holes. However, the radar like Jack’s would the regulation useless. I favored no speed limit in this trip because I had been tired of sitting in the car the whole day. Chapel – Boston is a long way.
I passed my first semester. It was hard because my English was not good enough for writing papers well. I needed a break. I wanted to see America and decided to visit Sara Newman in Boston. I knew it was far away in the north and had asked people how to go there fast and cheaply. I checked the notice board at the student union and called the phone number of the person who looked for travel mates to Boston. I agreed to share the fuel cost with Jack, the car owner and the student of the Master of Business Administration.
We arrived in Boston before dark. Jack dropped me at one bus stop that Sara mentioned and left. It was strange to me that we spent time together the whole day side by side but knew nothing about the other. I guessed it was ‘normal’ in the USA.
A few moments later, a car stopped and Sara called me. We hugged. It had been for a year we did not meet. Sara used to teach English at Gajah Mada University in Yogyakarta, under the Princeton in Asia. She had just finished the program and was applying to a medical school in the USA. For three days, Sara gave me a tour in Boston, Cambridge, and Harvard University.
The next friend was Dee Yanshaak. She was an Ursulin Sister I used to work with in Asmat. I took a train and got off at a station near New Rochelle. Dee had waiting for me outside. It was lovely to see her again. At 65, Dee was still full of energy. She just finished a course on delivering massage therapy.
Dee gave a room in a community house. I was the youngest and the only man in the house. Dee told me that there had been very few girls interested in joining the congregation. The Ursulin had to rely on the supply from its convents in the developing worlds to survive.
The next day we took Metro North train to New York. We got off at the Grand Central Station. Its grand size and the huge crowd inside astonished me. We climbed up the exit stairs and I stood in awe to look at the high buildings at the end of the stairs. I had to bend my neck 90 degree to see the tops. Finally, I was in the most famous city in the world, the Big Apple.
We visited the top of the Empire State, the Central Park, and the Metropolitan Museum of Art. Everything looks marvelous; America was very rich: the facilities, the shopping stores, the parks, the museums, and, especially, the bookstores!
I still had another two friends to visit. Katherine picked me up at the train station she instructed me by phone to get off. She did not bring the drum anymore. Maya had left her womb five months ago. Katherine had hired a babysitter, part time, so that she could work again.
William Ward, her husband, still worked with the EPA (Environmental Protection Agency) in Washington DC. They rent a house in Silver Spring, Maryland. They gave a room on the lower floor. Staying with them reminded me of our past in Yogyakarta. I often slept over in their rent house. Without them, I might have dropped out of the medical school.
One day the babysitter could not come. Katherine asked me if I did not mind to take care of Maya for one day. She had some appointments with clients that difficult to cancel. “With pleasure,” I said.
In the first three hours was easy. If she cried, I checked her pamper and replaced it with a new one, if it was wet. Otherwise, gave her the mild. These solutions did not work anymore around noon. I had to lift and take her around, making joke trying to make her laugh. She fell asleep in my arms and put her back in her cradle. Again, after two hours, this trick failed. The only thing that made her stop crying was cuddling her around the house. It was relieving to see Katherine entering the front door.