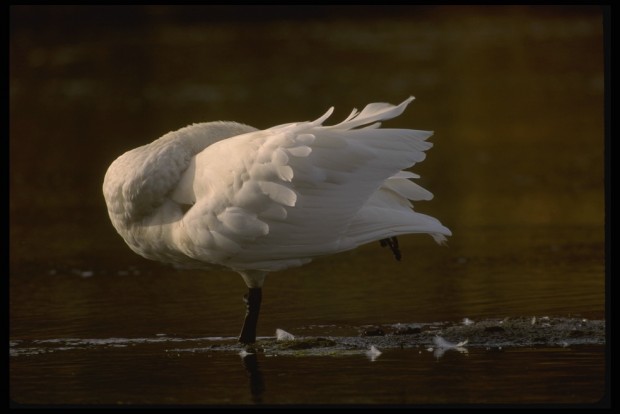 I always enjoyed the train trip in Java. Taking train for eight hours from Jakarta to Yogyakarta will show you the life of the majority of Indonesians living in Java. We can see the slum and high building complex side-by-side in Jakarta downtown; the paperboard houses along the rail; the dirty and slow rivers cutting the center of the town; the vast rice fields after leaving Jakarta; the mountains crossing north-south; and the traditional Javanese houses before entering Tugu train station in Yogyakarta. I have never been tired of observing these impressive natural and cultural views. Expecting the same views, I decided to take train, the Amtrak, to North Carolina.
Ron took me to the train station in Washington DC but he did get off the car because the parking space far from the gate. I was rather anxious; in Indonesia, train stations are dangerous places, full of criminals. I managed to buy the ticket to Durham and continued to lower ground. Surprisingly, the train station did not look much better than the ones in Jakarta and there were not many people either.
The journey was about 11 hours, if I am not mistaken, but the view outside was so boring. I only saw wheat and corn fields to the horizon, in addition to old factories. There were no houses by the rail.
To kill the time, I went for a walk along the alley. Most of the passengers were black people; the white ones either were old or looked poor. The train—the distant one, at least—was obviously for lower class people.
Gretchen Engel, my friend and neighbor in Yogyakarta, picked me up at the Durham train station. She was small and thin, but was better off. She had taught English at Gajah Mada University as a semi volunteer for an organization affiliated with Oberlin College. Now she had become an attorney, working for a non-profit organization against death penalty.
I stayed one night only at Gretchen’s house in Durham and then moved to Chapel Hill. I came too early. The academic year would start in early September, eight week to go. I had booked a room in one of the university dorms but could not stay in until a few days before the school started. Gretchen helped him to find a house to sit.
Jane Stein was the mother of Gerda, a Gretchen’s friend. Jane and her husband Adam would go on holiday for three weeks. House sitting is another Western culture I learned; we ask someone to stay in our house while we are away for mutual benefit: the house is secured, the sitter has a free stay. Usually the owner and sitter have known each other well.
“Why do you let me stay in your house?” I asked Jane—she was a professor at the Public Health School, my school.
“I trust Gretchen,” she answered. It, again, showed me how important the reference was in Western culture.
Before leaving, Adam explained how the security system worked. It was sophisticated: shadow and vibration detectors. The system was connected to a security company; Adam must pay a lot for the service. Another face of American society: insecurity.
I reported my arrival to the International Center Office. Ann King, the secretary, briefed me on the campus system. The UNC campus is huge; it needed days to get familiar with it. I had enough time to do so. Luckily, Jane’s house was next to the campus, only a few meters from the Public Health School.
Later in the evening, I watched the television programs. So many channels, more than 20. In Indonesia, we only had three channels. However, every five to ten minute, there was advertisement. I switched from one channel to the other, all the same: ads every five minute.
There was an ad of Playboy cable TV. I did not know about what it meant with ‘cable TV’. I knew about the Playboy magazine. I dialed the number on the screen and followed the instruction from the phone. Voila! The screen changed to ‘natural’ scenes. Then I was enlightened how it worked.
“Jane, I am sorry,” I said when Jane came back. It was so embarrassing.
“For what?”
“I dialed Playboy channel.”
She smiled. “It is OK. Don’t worry.” The first stupid thing I did in the USA.
Although Adam and Jane did not mind with my staying with them until the school started, I decided to move to Pat McCoy’s apartment, another Gretchen’s friend. Adam’s quietness made me awkward. The apartment was small, full of things, but I felt much at home. Pat was a very nice person. He was 40 but still single. Gretchen told me that Pat had a trouble to stick with one girl. I guess a handsome, smart, well-educated and rich man has always that trouble.
Pat taught me how to live in the American system. The first skill was using ATM; back in 1994, there were no ATM in Indonesia. Just amazing to watch a machine could give us the money we asked for in the precise amount.
I had no trouble with the communication until I visited the housing department. I said ‘I am sorry’ repeatedly to the staff I was talking to. She got irritated with my stupidity. And I told Pat about this experience at his apartment.
“Don’t worry. Not only foreigners had difficulty to understand the English of Black people. Many White people have the same trouble. You will get used to it,” he reassured me.

Posted On 2nd May 2013 ~ 0 Comments
Returning to Kago was not as hard as coming from. Many children of Mayuberi accompanied us—they could walk round trip within a day. My backpack