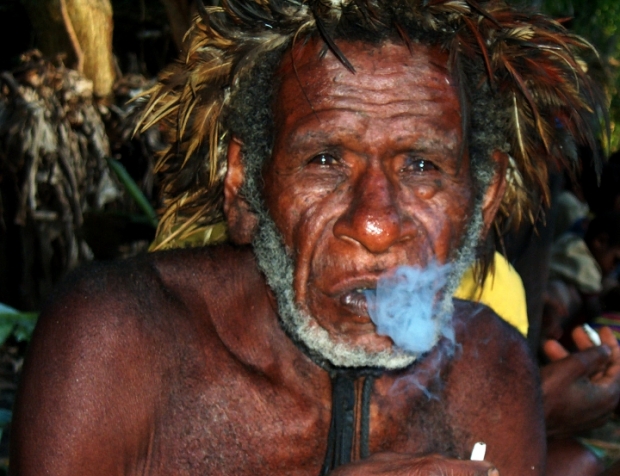 Through the window of the examination room, I saw a group of people carrying a stretcher. They put it on the floor of the hospital veranda. “Where are you from?” I asked them.

The stretcher was made from rough sticks tied with rattans. The woman—around 20 maximum—was lying still; eyes closed; breathing was not clear because she was covered with a dirty blanket, but carotid pulse was positive.

“Who is her family?”

An old man moved forward and said, “I am, Doctor.”

“Are you her father?”

“Her husband.” I was impressed. He must have been 55 at least.

“What is her sickness?” He looked at me instead of answering my question and then stared at his wife’s blanket. There were wet red spots around lower belly. Blood, must have been. I lifted it a little. A dead baby, the first thing, between her legs, the second one was my nightmare: the uterus.

“Suster Vic, please take her into the ward. Fix normal saline infusion.” I went to the medical supply room. This was my fifth case of invertio uteri and I knew well now how to handle it.

The ward was full of people when I entered. “Except the family, everybody leave the room,” I told them. Only the old man and a young girl were left. I pointed a woman outside and said, “You accompany them.”

“Whose child is she?” I pointed the girl.

“My daughter, Doctor,” said the husband. She was about six. Too young for the patient to have her as the daughter.

“No, Doctor. The second wife’s,” the woman I asked to stay in the room answered my question.

“On delivering her.” She gazed at the young girl.

“Like her.” I pointed the patient. She nodded. “First wife?”

“Dead too. The same cause.” Nuts! I probed further this lady-killer. The second wife and the third wife, the patient, were sisters!

Although I had been experienced with the cases, the invertio uteri was still difficult to manage. Even under pethidin (strong painkiller) and luminal (sedative), the patient still reacted to the pain provoked by manual reposition of her uterus. Her reaction, if not too much, was useful as the guidance of the procedure. I did not want to tear her vagina wall by pushing too hard or too fast. If it happened, there was no way I could stop the bleeding.

While busy with the uterus of the dying patient, I heard someone snore. My God! It was the old man, the husband, on the next bed. “Wake up!” I kicked his bed. It seemed he was also ‘experienced’ with the invertio uteri cases and did not care about the fate of his wife. Or, she might have a younger sister he could marry if she died. Bad luck for him, the wife survived.

How much does the price of one life in Indonesia?