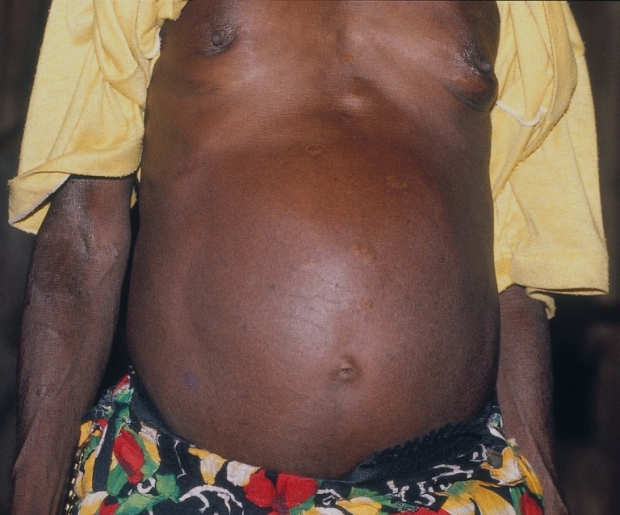 “Do you have a poison, Doctor?” asked Sister Pai.

“What for?” I imagined rat.

“To poison Swinging Chair.” That was the parochial priest of Bayun. I did not like him either, but I had never thought of killing him. Well, giving him a lesson might be justified.

“I have, Suster.” I fetched a tin of formalin tablets and gave it to Pai. “Throw these tablets into his water container. He will itch after bathing.”

The next morning Pai informed me that Father Swinging Chair had his water container emptied. I was sure that he suspected I had been the poisoner, but he did not report me to the police anyway.

Swinging Chair—not his real name, of course—was an American priest. He had joined the Mission of Asmat ten year before. The Bishop had assigned him to two parishes before and he had ended up in both with his eviction by the local people. He was lucky that the Bayun people were indifferent so that he survived long here.

Chair was the antagonist of Ton. For more than 30 years, Ton had been busy with helping the Asmat with their wellbeing and health issues, neglecting his main mission to save their souls by converting these people from savagery to Christianity—he had suffered from tuberculosis and one of lungs had been removed in Netherland;  a few years after I left, he was evacuated from Casuarinen Coast for goods with oxygen support. Except for Christmas and Easter, Chair stayed in his big comfortable house. His storage was full of imported foods and drinks. He had his own boat, which was only used for going to Agats, the center of Mission.

He controlled the electric generator. Normally he turned it on from 6 to 9 pm. If it was still on after 9, it meant he was reading an exciting novel. That was what he did every day on his swinging chair. If people came to him for even a little favor, he would turn them away.

“Pater, what time will Emprit arrive?” Emprit was the name of the ship that came to Bayun every two months. People, especially the straight hair, came to Bayun to buy their basic needs from the ship. We could only know the estimated time of its arrival through the communication radio. Chair had that radio in his house, the only one in Bayun. It was very important to him because he loved talking long in the radio to show people in the diocese how good and wise he was.

“I am not the agent of the ship,” was the answer I often heard. He just needed one minute to ask Agats or other station where Emprit had just departed, but it was too much for him.

I talked to the Bishop about the Chair’s doing nothing. The Bishop replied that he had no idea where to relocate Chair. “How about sending him home,” I said. He was not happy with my suggestion. Ton had informed me that Chair had been under prolonged psychotherapy in the USA years before. He would be again if the Bishop sent him home. I guessed having a priest stationed in his parishes was more important than how much the priest had helped the local people. Chair was aware this conversation afterward and was very upset. We did not talk since then.

One day Karel Awurok, my paramedic staff in Kamur, brought Anselmus in critical condition. He was also the paramedic staff, had just graduated in Merauke and arrived in Kamur about six months before. I suspected he had had spleen rupture that caused massive internal bleeding; he had hit his enlarged spleen to the tip of one dugout, according to Karel. There was only one option for his survival: evacuation to and operation in Jayapura.

Chair was in Agats for New Year celebration; so were all Sisters. They all locked up their houses and the generator room. I hesitated to break into Chair’s house for the radio, hoping the bleeding of Anselmus would stop by itself. It did not; he looked very pale and his consciousness quickly decreased. Meanwhile, I was not well either, which might have been caused by malaria. I had eaten very little because the instant noodle and rice had finished; sago was not an easy stuff I could swallow. Made it worse, Bayun was flooded by the high tide from the monsoon; the rough sea was impossible to cruise with speedboat.

I broke into Chair’s house and tried to contact AMA Sentani for Cessna aircraft. They did not turn on the radio the whole day: it was January 01. In the evening, Anselmus passed away: 20 years old and left a pregnant wife.

The following morning I turned on the radio. I cursed Chair long enough that every station in the diocese heard me. They were all silent. A week later, the Bishop came to Bayun and asked me to apologize to Chair.

“If he can resurrect my dead paramedic, I will apologize to him,” I told the Bishop. He never forgave me for saying so and told the new doctors in Agats and Bayun: ‘Don’t be like Doctor Ating.’