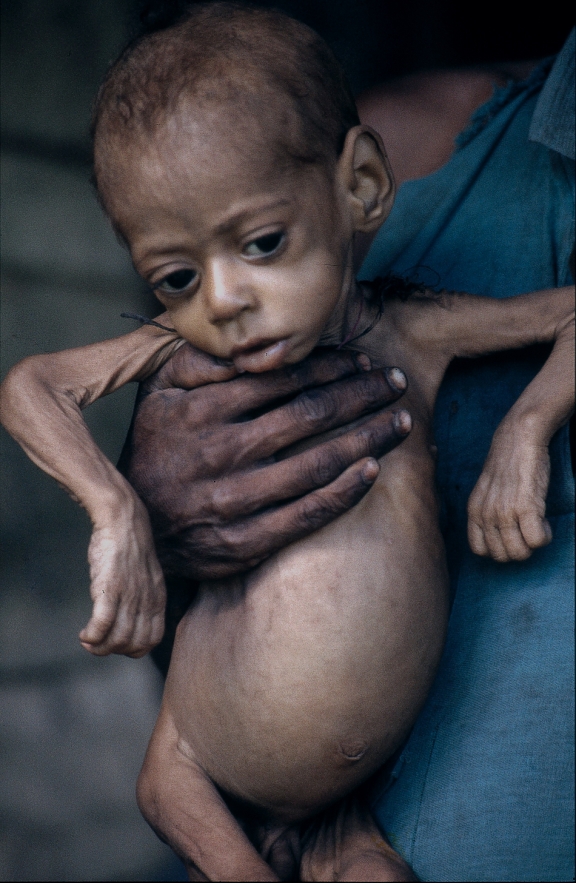 She must have been at least 3, but her weight was only 5.5 kilogram—3 kg more than her birth weight. Both international and national standards would classify her as severe malnourished. Bones wrapped by skin. I asked her mother to bring her to the hospital every day for feeding; they lived just 5-minute walk.

They did not show up on the third day. The next day, I sent a hospital staff to the village, and she came back with them. I asked the mother why she had not come the day before.

“I did not have time,” she answered.

“Where is your husband?”

“He is helping the village head.”

“Did he get any money from him?”

“No.” He might have, but unlikely he told his wife. I sent someone to the house of the village head.

The husband, in contrast to the malnourished wife and daughter, was very muscular, gladiator-like. “Why did not you help your wife to take your daughter to the hospital yesterday?” I asked him.

“But your daughter almost dies from starvation.”

“She is not my daughter. She is hers,” he pointed at his wife. I was speechless. My face was hot from anger.

“This child is the result from that woman and . . .” I slapped his penis, “this!” From distance, I heard Sister Priscilla yelled my name. I just realized the man was holding a machete and was lucky that he did not try to defend his penis. He turned around and left.

The husband was just one of all men in the region; Dasih, my old friend, was the only exception. The first three months in Bayun, I often took care of the physically abused wives. Husbands tortured their wives often for trivial reasons; unready baked sago when they woke up could make them bake their wives.

I demanded the husband of the abused wife to be called when she wanted to be treated. Some came and received verbal abuse from me. I threatened them with the denial of the medical service if they were sick. One of the abusers was the hospital staff Yeremias; actually, he was the worst in Bayun. His second wife was rarely intact—once her face was like a full moon from the bruise. Afraid of being fired, Yeremias was able to control his fists. But, he did it again when I was away longer than a week.

Posted On 20th May 2013 ~ 0 Comments
Scientists show that pets, especially dogs, help control blood hypertension and stress. But that was not my reason to have pets whenever feasible. That feasibility

Posted On 3rd October 2013 ~ 0 Comments
“Are you happy with it?” Captain asked me. I was not happy with one word on his reference letter. I had brooded over asking for