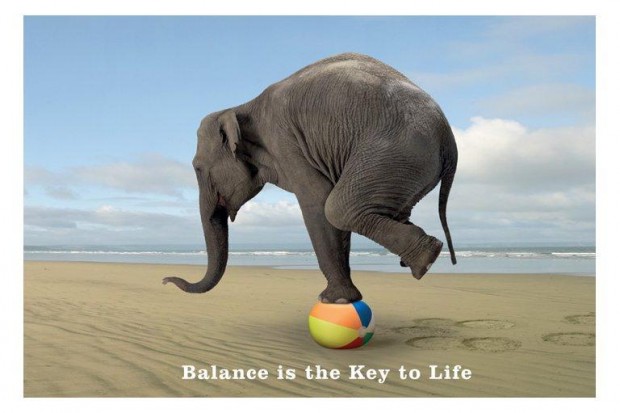 Nobody will argue that ‘doctors are the worst patients.’ They challenge the diagnosis and treatment from their doctor.  But being a patient, especially a very sick one, is necessary to become a good doctor because doctors tend to be cold. They often look their patients as machines—hopefully not ATMs—need to be fixed; remember their diagnosis but not their names; or refer them as ‘case#’ in the meetings or seminars. If there are normal human beings, these doctor patients will treat their patients with their knowledge, skill, and empathy.

I was hospitalized three times in my lifetime. The first one was for typhoid fever at the semester 7 of medical school in Yogyakarta. The symptoms started about one week after climbing Mount Merapi, one of the most active volcanos in the world. My roommates took me to Panti Rapih Catholic Hospital and the ER doctor decided to admit me.

The most difficult thing of being sick for me is not the sickness itself, but not being able to do exercise and read books. No day without exercise and reading all my life. The fever was so high, up to 41-Celsius degree, and the headache was so terrible that I could not read the letters in the books; sleeping was an effort. Therefore, nothing I could do but staring the ceiling, alone.

10 a.m. and 5 p.m. were the best times, the visit times. My classmates and roommates dropped by; I was grateful for what my classmates brought: the lecture notes. There was one person who visited me twice a day and always brought me flowers and food I liked—some of the food was not allowed for me to eat by my doctor, but I ate them furtively anyway, or distributed them to the nursing students who were taking care of me.

On day 17 of the hospitalization, the final examination would start and I had asked my doctor to discharge me. He refused for the reason I was still very weak. I had to make an escape plan.

I hate studying at medical school and did not want one extra year for failing to take the examination. Running away stealthily from the hospital would be more difficult than from home because patients are under 24-hour surveillance by nurses. Luckily, I had developed a good relationship with all nursing students taking care of me. Of course, they refused to help me because it would jeopardize their career, but, in the end, they agreed to keep their mouth shut on my escape.

I sneaked a few minutes after breakfast and took a becak (rickshaw) to the campus, about 1.5 kilometer. Having been bedridden for 17 days, climbing the stair to the examination room on the second floor was a struggle. I was late for about 10 minutes. The first subject was neurology, which was not so difficult in normal situation. The letters on the examination paper were blurry to me but, fortunately, it was a multiple choice test. I just circled one of the choices without much thinking and left the room. Coming the last, leaving the first.

The second subject was community health. I did the same way because I was worried that my doctor would do round early. I passed the hospital gate pretending as a visitor, entered my room through the side door, changed into my hospital clothes, climbed onto the bed, and took the role of patient—a human with basic rights removed.

Eddy Dharma, my doctor, visited me during the lunchtime. I insisted on leaving the hospital but he did not respond. Did he know about my escape? He did not seem so. My ‘conspirators’ would have informed me if he had done so. A few minutes after he left, a ward nurse came in with smile. “You could go home and do not need to come back secretly,” she teased me. Years later, the nursing students—nurses now—told me that Dr. Eddy had known about my escape.

I did not go back to my boarding house, but Dwi’s, my best friend. I was too weak to take care of myself and to drive motorbike to buy good food. I owed her a lot for her kindness during this very difficult time; I had not informed my parents about the hospitalization. She provided me nutritious meals and even woke me up early morning for studying. I passed the semester with GPA 3.2, B+. What amused me was I got A for neurology.

The second hospitalization was a few days on returning from Papua. I suddenly collapsed on one dining out with my neighbor Sony. He then took me to Panti Rapih Hospital by becak. I had been unwell for the last two days and thought it could be either malaria or relapsing typhoid fever. It was not as bad as four year before, but I lived alone this time. For this non-medical reason, I asked the ER doctor to admit me.

My doctor was the most senior in the hospital. Doctor Soeroso, almost 80, was a reticent man. On the initial examination, he said, “I think I have seen you before.”

“I don’t think so, Doctor.” He had indeed done so a few months before. He was the doctor of my adopted sister Sari (another long story about her).

Soeroso only treated me with symptomatic medicines because the tests for typhoid fever were negative. But I was sure it was typhoid fever; I had taken the antibiotic for it one day before admission and, furtively, during the hospitalization, which was only four days. He discharged me one day after being free of fever.

My third hospitalization in Papua was the shortest. I developed fever and other symptoms I was very familiar with. I took the artesunate, the drug choice for malaria. But still it took time to recover. I lived alone and needed to buy food. For these reasons, I asked Sister Chandra OSU to drive me to Dian Harapan Hospital in Waena, about 30 kilometer.

I did not stop at the ER or registration office, but went directly to the ward. I knew most of the nurses, including the head nurse, a nun. “Sister, I am sick and need a room,” I said to the nun.

“Poor, Doctor,” typical nun’s expression. “The room that usually Doctor use for your patients is vacant. You can use it. Do you need me to call any doctor?”

“No, Suster. I just need food, drink, and bed.” I only stayed one night, free of charge.

I was holding a child with bleeding foot when my vision was getting dark and feeling dizzy. I asked one of my colleague interns to take over and left the emergency room. It was my second day internship in the ER; I had no problem before with seeing the blood in the operation room. The experience never recurred until I finished the internship. It might have been low level of blood sugar.

The same symptoms reappeared in 1993, but worse. I was stitching a scalp laceration in the clinic of a coal mining company in East Borneo (Kalimantan) and then collapsed to the floor. I had just eaten; low blood sugar must not be the cause. I analyzed the causes. Blood only must not be the culprit; I had done many bloody operations without problem. The additional factor could be the pain suffered by the patient. The patient screamed often during the procedure, even with adequate local anesthetics. The child in the ER in Yogyakarta was bawling his eyes out. My self-diagnosis needed more data for confirmation.

The confirmation was reached a year later in the USA. I was helping a doctor stitch the wound of a crying child in the ER of the UNC Hospital in Chapel Hill when the symptoms returned. This time I was ready, leaving the ER before collapsed. However, I was not ready in the next occurrence in Flores. My head hit the floor of the minor operation room while fixing—with my senior doctor—an open thoracoabdominal wound. The cut was so wide and long that the intestines, liver, and lungs were exposed. The patient was conscious; we could not do general anesthetics for a certain reason.

I wished I had known my weakness with the combination of blood and pain when my parents pushed me to become a doctor. I was wondering if there is any doctor who has the same problem. Everything—including positive values such as empathy, honesty, generosity, etc.—too little or too much will produce unwanted result. Buddha is right; the middle path is the best.

Posted On 30th May 2013 ~ 0 Comments
She must have been at least 3, but her weight was only 5.5 kilogram—3 kg more than her birth weight. Both international and national standards

Arithmetic in the Clinic