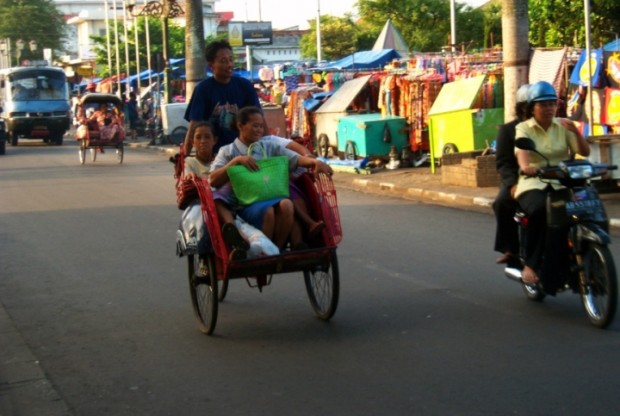 Interesting (environment and people), meaningful (for others and myself), kind boss, and adequate compensation –in that order—are the criteria of the job I want. The first job in Asmat fulfilled the first two criteria, but periodic malaria infection was too much for me. The second job seemed fulfill all four criteria.

Although exhausted from flying for the whole day from Jakarta—Indonesia is an unknown gigantic country, said the professor of my tropical ecology class at the Duke University—I was elated at landing in Sentani, Papua. A new stage of my life. I was now the head of the only satellite laboratory of the US NAMRU-2 in Indonesia, and my status was FSN, Foreign Service National, of the US Government.

I asked the taxi driver to stop by the Sentani Mission for picking up my stuff before heading for Dock 2, Jayapura. The Sentani Lake and Jayapura bays views made the one-hour drive seem short. The car entered the pharmacy unit of the Provincial Health Office because the NAMRU lab was behind it. Having given $15 to the taxi driver and unloaded my luggage, I fetched the lab key from the next-door family, the staff of the Health Office, because NAMRU had no local staff in Papua.

The main lab was on the second floor; the first floor was the storage; however, they looked similar: messy and dirty. Equipment and material, out- and inside boxes, scattered around the floors and workbenches. The main section consisted of two parallel-connected rooms, around six meter long, to the right of the entrance door. A wooden door at the end of the front room led to the supply room.

On the left side of the entrance door, there were twin rooms with a bathroom between them; each had a bunk inside. As NAMRU did not give me housing allowance, I made the room with the window facing the front view as my bedroom; the other room was for my guests. It was not as beautiful as my house in Bayun, but at least I did not have to spend any money for sleeping.

It took me about two months to organize the lab. Practically, I was a lab setter and keeper; the tasks were similar as to the ones in the Bayun Hospital and Kamur Health Center in Asmat during my first three months. However, this time there was no nun and helper. For this reason, I asked everybody, including the White bosses, to take off their shoes or sandals on entering the lab.

Posted On 28th September 2013 ~ 0 Comments
“I quit” and bang! The little bang of the phone handset hitting its cradle: the expression of my disappointment. The BIG BANG followed it in