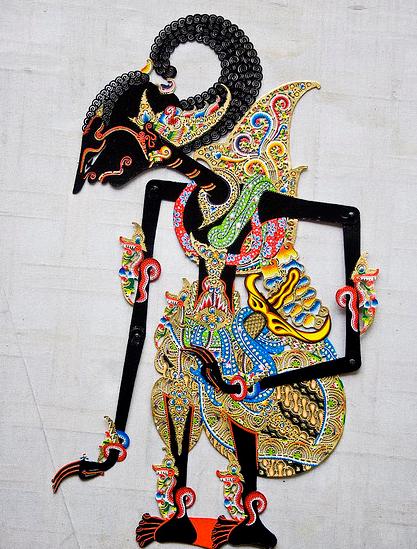 “You are on-call. The nurse, by phone, has reported a patient with the following information: . . . What will you tell her?” the professor asked us. Everyone answered with our best medical knowledge but none of us was correct. The correct answer is “I am coming.” I have never forgotten that answer, and that has been my respond to most calls during on-call duties. However, when I worked as a guest doctor in the General Hospital of Dock 2, I had to keep my mouth shut on observing my colleagues giving ‘incorrect’ answers. Their usual ‘answer’ to the nurses was administering painkillers (ibuprofen is one), Panadol, or even sedatives (such as valium) for restless patients.

In addition to setting up the lab, I also started a system in the Provincial General Hospital—people called it Rumah Sakit (sick house) Dok 2—for a malaria study. The purpose of the study was to find the correlation between the severity of clinical malaria and the level of cytokines in the patient’s blood. It was part of the development of malaria vaccine, a never ending, and fruitless, effort to fight malaria.

Thomas R, a PhD on malaria immunology from the John Hopkins University, was the principal investigator of the study. He was also a brilliant physician, memorizing well all clinical signs and symptoms and lab values of severe malaria cases. But, ironically, he had never seen any severe case of malaria in his life.

Tom was a polite and kind person, so was her wife Emily, also a PhD. However, their two daughters had no politeness, even tended be rude. I have seen these paradoxical phenomena: smart parents fail at parenting. They bought many books on parenting, but the books seemed not so useful.

The hospital study was not interesting to me, too sophisticated. The field studies in the interiors that attracted me to join NAMRU. Now the new director wanted me to be in charge of Tom’s study. He even planned to close down the interior studies, which he did six months later.

The cytokine study required me to be on-call 24 hours for the whole period of it. NAMRU installed a communication system at the emergency room of the hospital specifically for the study. Anytime a patient with suspected severe malaria arrived in the ER, a nurse would press a button on the wall, and my beeper would bip-bip-bip, unless I was 25 kilometer away from the hospital. Thus, I was practically living in an invisible prison.

The frequency of severe malaria case was actually very low in Jayapura. For this reason, the study included three other hospitals in the region. That extended my ‘territorial’ as far as 35 kilometer from the lab. On the average I was beeped 5 times (Dock 2) and called three times (the other three hospitals) per day, mostly in the late night and early morning.

The hospital had an on-call timetable for all general practitioners; each doctor at least had to be on-call one full day per week because the hospital rarely had more than five GPs. The rule was the doctor has to standby in the hospital 24 hours. In practice, they stayed at home or went downtown for evening shopping.

When a patient came to the ER, the nurse would call or even find the on-call doctor at his/her house, if he or she was not around. If the doctor was downtown, the patient had to wait because there had been no mobile phone then and the hospital did not have a beeper system. This situation had increased the rate of DOA, death on arrival, for sure. As the hospital housing complex was only 5-minute walk, it should have not been a significant problem on managing emergency cases with this traditional system. But so it was.

On the wall of the ER, I stuck a list of the conditions of the new patient for the ER staff. The paramedic would press the NAMRU button if the patient had the conditions. The top two were absolute signs: high fever and significant decreased consciousness, which were easily measured and observed. This signs combination at that time was rare, but somehow the nurses loved pushing the button: at least five times per day. And, I always came to the ER whenever my beeper sounded. It only took me a few seconds of observation on most patients to conclude they were not eligible as study subjects. I believed the nurses had known about it too. If so, why did they call me?

Unreachable on-call doctor always presented a dilemma to the ER staff. They worried about what to do with the patients because they were not allowed to discharge home or send the patients to the ward without doctor’s instruction. Although I was not a hospital doctor, I could make the decision on what to do with the patients, even though they were not study subjects. As I had never complained with false alarms, the staff called me on regular basis.

Most of emergency patients had indeed malaria signs and symptoms, but only a few of them had cerebral malaria—the malaria plasmodia stuck in the brain blood vessels and caused patients coma, according to the literatures—or other complicated malaria. To confirm the diagnosis, we have to make a blood smear on an object glass from a finger prick, stain it with Giemsa or other solutions, and examine it under a microscope. That is classical method. NAMRU used two other methods. The first one detected antibody of the patients against plasmodia, tagged it with something that caused it fluorescent under a special microscope. The second one is detecting the DNA of the plasmodia by PCR method, the most accurate but was also the most sophisticated and therefore most expensive.

However, the classic blood smear method is the most interesting. It needs a lot of practice and patience in order to be good at it. NAMRU had Purnomo, the best microscopist in Indonesia. He taught me all the procedures, and within six months, I was good at it. Thanks to the ER nurses who keenly sent me false alarms.