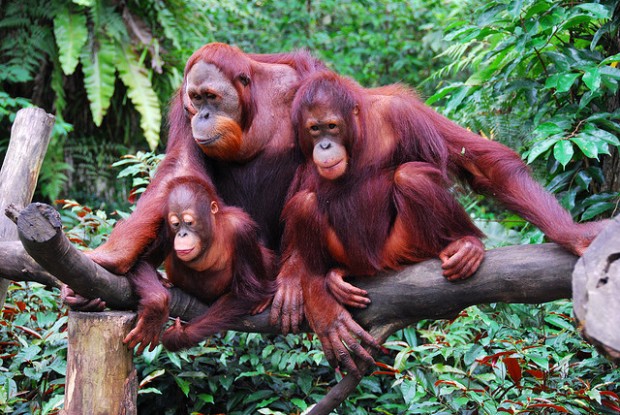 If a student came to my clinic at Green School more than twice a week and I did not find any significant medical abnormality, I switched my role from doctor to counselor. Majority of these children, especially the primary students, were confused with the question “where do you live?” Or, they unconsciously said “my mom’s house” or “my dad’s house.”

Living in two houses is really confusing—and depressing—to the young children of failed marriage. They are hypersensitive to the normal pressure in the classrooms. For this reason, I usually let them stay in the clinic for one or two lesson hours before sending them back to the classrooms. They had sessions with me; they had my chocolate donuts or other snacks I brought. After three weeks, they usually came less often; if not, I would work with their teachers to solve the problem, which was started by probing their parents.

It seems the uncertainty or Heisenberg principle applicable to the marriage. No formula has been created to predict the outcome of a marriage; the history shows most of the geniuses—Albert Einstein, Stephen Hawking, Carl Sagan, Isaac Asimov, and Bertrand Russell are a few of them—were not brilliant enough to “calculate” their own marriage outcome; calculating light speed, age of universe, distance of stars, energy produce from a unit of radioactive material are much easier for them. Predicting divorce is more difficult than predicting where and when the incoming earthquake will occur, although their impacts are similar. Maybe in the next millennium a computer could calculate the outcome of a marriage if we feed it the variables of the couple. Could it reduce the increasing rate of the divorce?

The children of failed marriages remind me of my childhood. Although my parents were not divorced, I wished they had been before I was born. The unhappy marriage of my parents resulted in my loveless childhood. My father separated me from my mother when I was five year old. His reasoning was I would become a goat shepherd, like many of the boys in my village Cikampek—it was still a small village then—if he did not send me to his parents in Jakarta.

I have vague memory for my childhood from 6 to 15 year. I guess my brain has tried unconsciously to delete or suppressed it because it was so bitter. Growing up without love is very traumatic; this experience will affect the personality traits in adulthood. According to popular development theory, the children will have a low capacity to love other people, including their future partners and offspring. I was afraid I would be one of them.