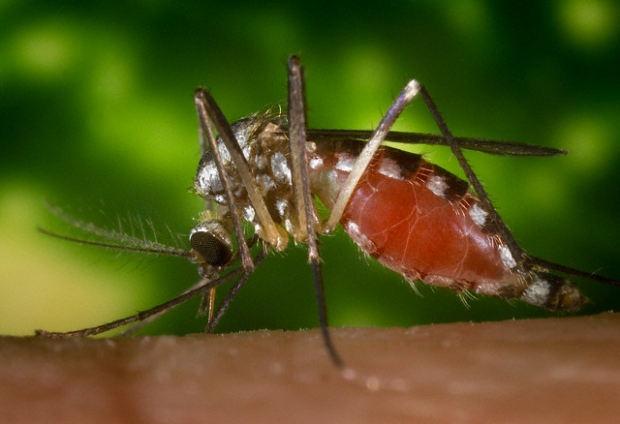 “Are you feeling cold?” I asked the people sitting next to me in the living room of the Mission complex in Sentani, Papua.

“No,” the same answers from them. Positive. I must have had stowaways from Bayun, Asmat, because I arrived here only three days ago. The next day other familiar symptoms followed the chills: fever, headache, muscle ache, anorexia, nausea, vomitus, and fatigue.

“How come the Malaria-buster succumbs to malaria?” I responded to this tease with weak smile. ‘How come doctor is sick?’ is the most common tease from the people knowing me sick. Of course, I could be sick, but am rarely bed-ridden after leaving Asmat area.

“Stop it!” Sister Maricen told the Fathers and Brothers to shut up, “You are not good people.” She made me feel better. At least there was someone gave me empathy toward my suffering. Maricen was a Belgian nun who had lived in Papua around 50 years. We called her Mother Teresa from Sentani for her charity work. She was almost 80, but she always took public transports—which was uncomfortable and often exhausting—wherever she went. I often saw her taking Papuan children to the general hospital in Jayapura, 50 kilometer from Sentani. She loved everybody, but not everybody loved her.

Maricen set up an orphanage in Sentani, which was much needed by the Papuans. So many young children were neglected because of their parents either had died or were very poor. They needed food, clothes, shelter, education, and care. For an unclear reason, her superior nuns did not approve Maricen’s initiative. Maricen kept going with it and looked for fund outside her congregation. For doing this, she was excluded from her convent; fortunately, the Franciscans welcomed her to stay in the Mission complex where I stayed temporarily.

Like Maricen, I was a ‘refugee’ too. Just having finished my contract with the Mission in Asmat, I stayed in the Mission complex because I had no family and no money. I actually had had double salaries before—from the Mission and the Government—but the total 500,000 rupiah was very little. The airfare Papua – Jakarta was 1,500,000 rupiah. I had spent all of my saving (two years) on a FM-2 Nikon camera with a tele-lens 300 mm and a macro lens; they were 10 month-salaries.

The Mission complex had many bedrooms; most of the guests were the Missionaries who came down from the interiors. As I worked for the Mission, they let me stay there and charged me with brotherhood rate. Sometimes visitors called me ‘Father’ or ‘Brother’ because they assumed all guests were clergies. Here we ate together—called by a bell—three times a day; in the evening, we gathered in the living room for recreation, mainly playing card. The Missionaries were my surrogate family. I was not hurt with their teasing on my malaria attack.

I was not able to swallow even drinking water on the third day of the sickness. Any food would induce vomiting. My head was dizzy even on lying down. I had to walk along the wall from my bedroom to the rest room at the end of the alley. The world was spinning around, but I managed to reach the rest room safely.

I woke up by something cold dropping on my forehead. Water! I was not on the bed but on the floor. The dripping came from the sink above my face. I touched my back head. Hurt. I palpated a lump. Slowly I remembered what I had done before. It seemed I had fainted on urinating and my head had hit the floor. I got up and walked back to my bedroom. Everybody was still in their own bedroom. It was two o’clock A.M.