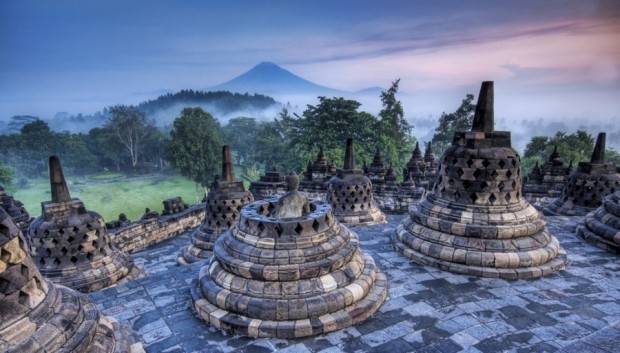 The paranormal—para means ‘above,’ ‘against,’ ‘counter,’ ‘outside,’ or ‘beyond'(Wikipedia)—phenomenon is not normally seen in our normal life. I believe I experienced this phenomenon during one of my abnormal life periods. It started with my decision to run away from the suffering at home and at school when I was 15.

At home, I suffered from the daily reprimand from my grandmother and the weekly prolonged verbal and physical punishments from my father—he only came to Jakarta once a week, thanks God. The household chores—crawling with a wet rag for cleaning the floor of the house and bringing buckets of water to the bathroom from the front yard were two of them—I carried out for years and being the best student in my class every year did not stop them from making my life miserable.

At school, I suffered from the embarrassment of being the only student came to school by bike—Canisius College has been well known as the school for smart children but also as the most expensive school (back then in 1970s) in Indonesia—and from hunger and thirst because of no money—no free drinking water was provided. During the break, I asked for snack from some friends; after physical education lesson, I furtively drank the leftover of my classmates’ drinks.

With a small backpack and a few hundred thousand rupiah from my late grandfather—he informed me one month before he died that he hid some money for me in his tobacco jar; but he was not the paranormal in this story—I went to the Senen train station. I told nobody and nobody noticed my leaving. I had no specific destination and I had never traveled outside West Java. I do not remember the detail of my runaway from that time onward; I think I suffer from traumatic amnesia, the failure to recall the memory of traumatic experience.

What I remember is leaving the Tugu train station of Yogyakarta in early morning and ending up at the Borobudur temple; sitting and crying near the fence of the temple, when the darkness fell down; sleeping in a Buddhist monastery in Muntilan that night; traveling in a car with two monks, one of them turned out Bhante Ashin, the first head of Indonesian monks. However, I remember very well my experience in the monastery in Pacet, West Java, the home of Bhante Ashin. I remember the darkness and the coldness of my bedroom during the night—Pacet is in the mountain area. I remember I slept on the floor without mattress and pillow—I used my bundled clothes as a pillow; I remember the scary face statues under the candle light in the praying room next to the river; I remember of my cutting grass of the yard, of saying the Buddhist chanting taught by the assistant monk, of going to the main street through the back yard to buy decent food—rice and vegetables badly cooked was my daily meal.

The clearest memory is the night my uncle from Bogor woke me up. I asked him how he could find me. He told me about the search including visiting my yoga teacher—he must have remembered his youngest student in the class—and asking our relative monk in Pasar Baru, Jakarta, to locate me. He did it successfully. I checked if there had been any contact between the monk and Bhante Ashin. Negative. How he did it is still a mystery for me up till now.

Posted On 30th May 2013 ~ 0 Comments
“Do you have a poison, Doctor?” asked Sister Pai. “What for?” I imagined rat. “To poison Swinging Chair.” That was the parochial priest of Bayun.

Posted On 5th June 2013 ~ 0 Comments
Flowing river is the best view on reflecting upon our life. I sat by the mouth of Kronkel River at the end of afternoon jogging